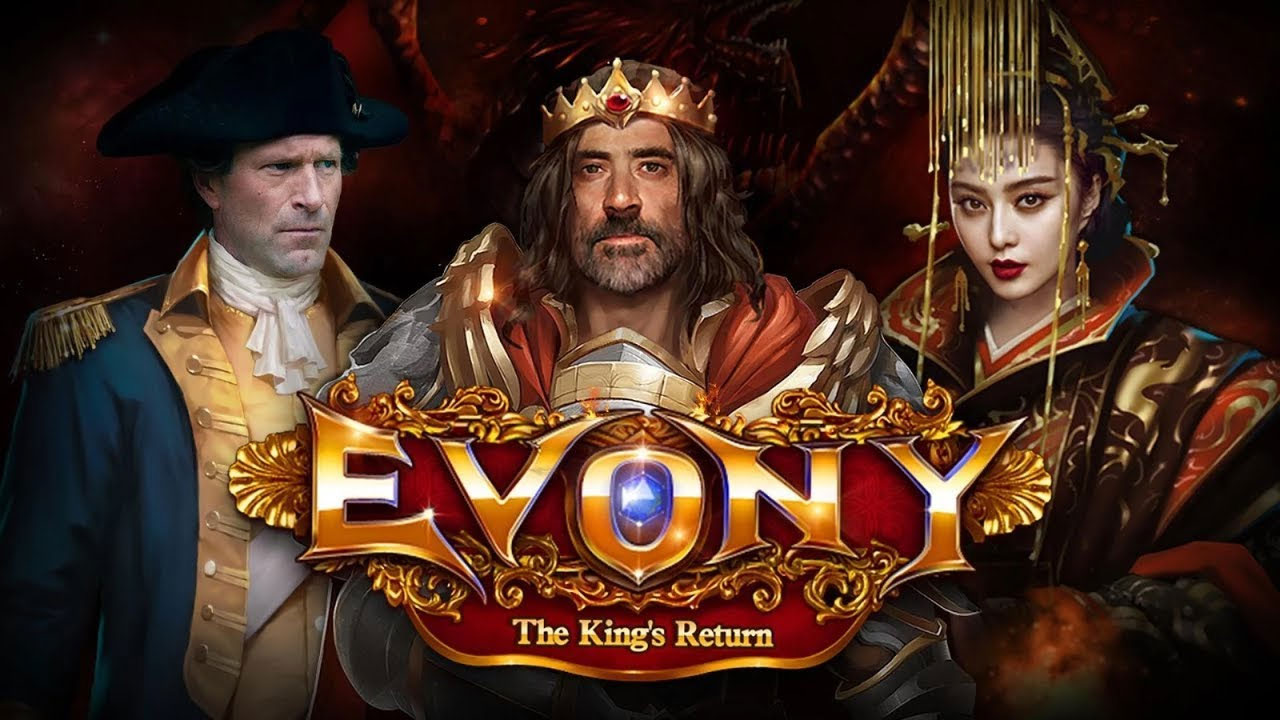 Evony: The King’s Return APK is an MMORPG set in Medieval Europe when the world was still quite chaotic with a series of wars taking place between many factions and quite complicated alliances. The game combines puzzles, sieges, and many other interesting modes.

You will assume the role of a leader in a chosen land or city. The goal of the game is to save your city from being attacked and to make new land invades. To enrich the empire, you will also need to expand your territory and gather as many resources as you can. 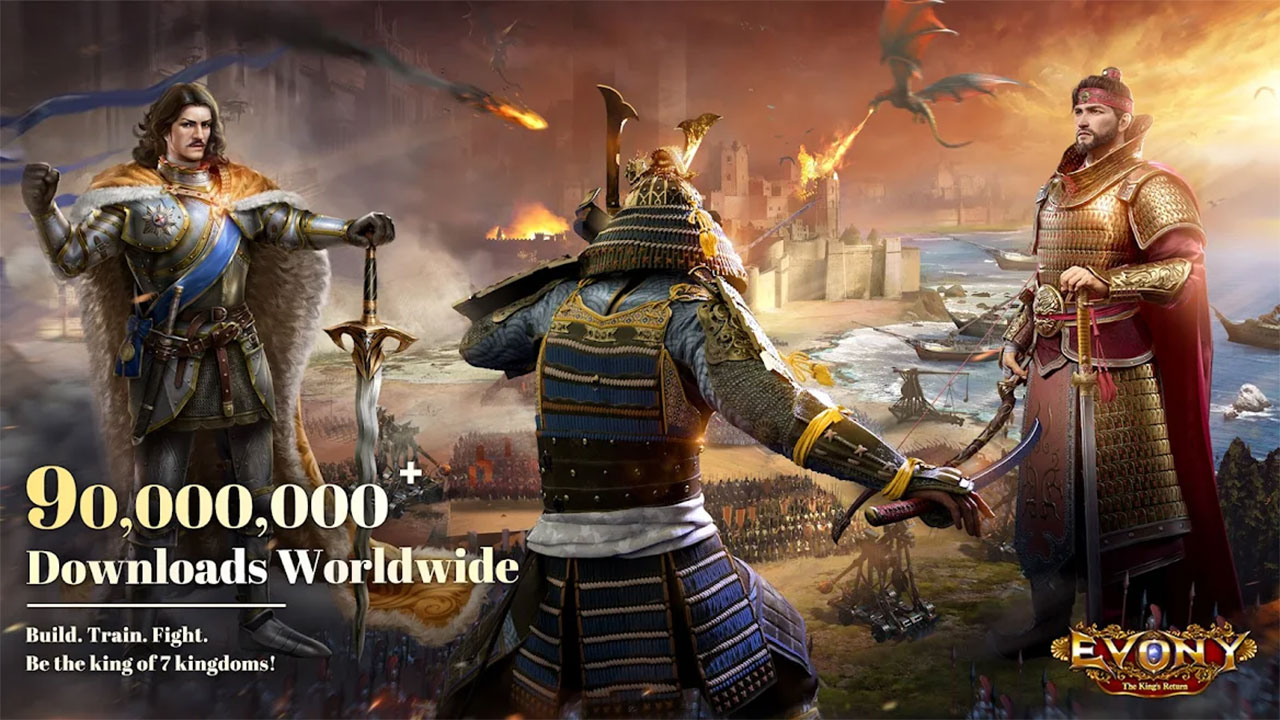 When playing Evony: The King’s Return, first, you will need to choose the land where you have full control and leadership. There are seven different civilizations:

It can be seen that the characteristics of each land in Evony: The King’s Return are quite similar to the real-life characteristics of these countries. This is a great point that I enjoy when playing the game. In general, wherever you choose to lead, there are pros and cons, it’s important whether you are compatible and can turn the situation around, know how to occupy resources elsewhere to make up for the shortcomings of your land or not. This flexibility is what shows the class and visionary talents of each player.

In order to solve puzzles and build great works that will bring in the money, finance, or human resources needed to arm the army, you must also make the right decisions. You must also combine your efforts with the best use of the resources available to help the rear develop sustainably. The vacant land areas of the territory can be used to build essential facilities such as academies, barracks, training camps… The type, quantity, and distribution of these works depend on the direction of your development. 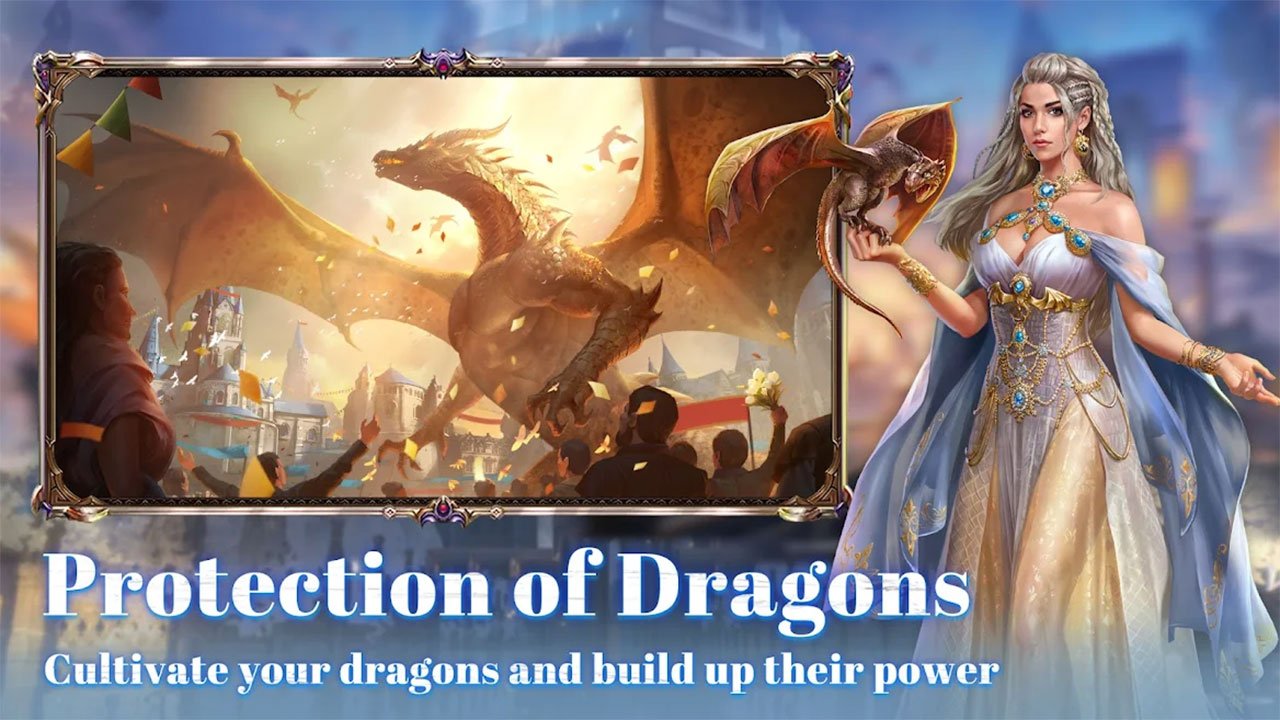 Resource extraction, research, and construction when playing Evony: The King’s Return APK are all waiting processes. The size and complexity of each will determine how long you need to wait. You can shorten the wait time by purchasing speed-up items that are purchased with real cash.

You will be able to command 3 main units of soldiers during the recruiting and training process.

The sooner soldiers are upgraded, the more training they receive. Three resources are essential for all soldiers: wood, stone and food. These three resources are essential if you wish to create a strong military. Each land has its own strength, so you might need to fight the guerrilla, take over the mines from other lands and then build your army.

This game is one of the rare MMORPGs featuring stunning graphics. It has been a hit with gamers all over the globe. But that’s still not enough to say about Evony: The King’s Return APK. It often expands All-Star battlefields, which is the most unique aspect of this game. The competition is organized on three continents and ranked among the top 300 in thousands of places around the globe. It is broken into distinct rounds. 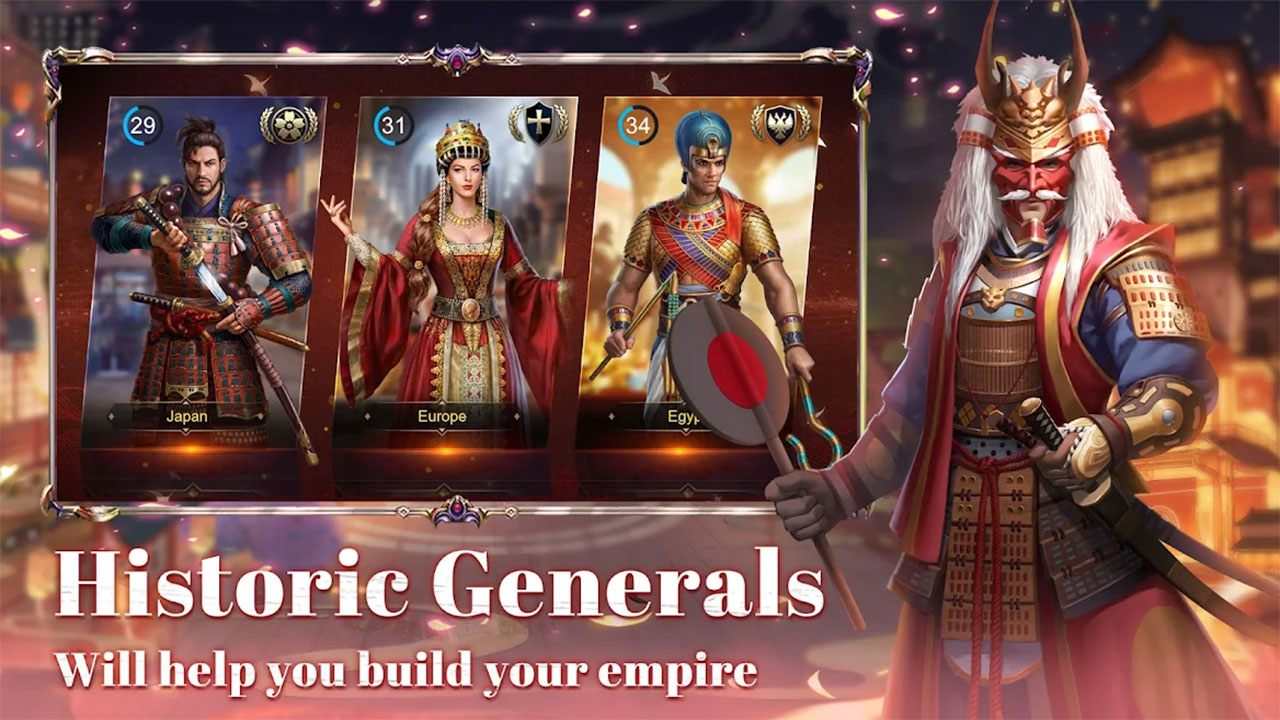 If played on a smartphone, Evony: The King’s Return APK will be on the vertical screen, a bit narrow compared to the fierce battlefield, but the plus point is the graphics are very sharp. It shows every detail of the characters, including their citadel, soldiers and monarchs as well as fire effects and weapons. The graphics are sharp and clear. This game is worth the investment in a tablet with an external speaker if you want to enjoy it better.

You Are The Monarch

For battles or city development, you can recruit historical generals. Abraham Lincoln, George Washington, King Arthur, Charles the Great, Julius Caesar, Genghis Khan, Oda Nobunaga, Yi Sun-sin. There are many more to discover. You can watch them fight across the globe of Evony, capture enemy generals, and use them against your leaders!

Choose from 7 civilizations to customize your game’s architectural style

You are the Diplomat

For epic battles and improved strategies, join an Alliance that allows you to make friends and communicate with others in real-time via text and voice.

You are The Warlord

There are over four types to choose from: heavy infantry, massive siege engine and ground-pounding infantry. The World Map is animated so you can see what’s happening around you.

You are the Governor

You can administer your cities within your Empire, and you can use your leadership skills to manage resources and make improvements for strategic advantage.

Shannon Gardiner: While it is an interesting game, it is not possible to play it solo. There is an online chat that you can take part in, so it is easy to get involved. You can read the text while waiting for the next action to take place, you don’t need to buy premium items. You can still enjoy the game and take part in 95% of it without spending anything. The game is complex and you will need to get assistance from other players. I enjoy solving the puzzles 6x a day. But, I wish there was more variety.

Stny Adventurer: It’s a lot of fun. I enjoy the upgrades and puzzles. It’s not an advanced game, but it’s still fun. I enjoy it. While I don’t see many ads, they are quite common for free games. It’s an easy way to pass the time. These people worked hard for years to achieve this.

Liza Irvine: Events are great fun with good graphics. game is very fun, They add new stuff, like the guy at the gate offering more puzzles😁 Customer support is really terrible! They will not answer your questions. You can send them an unrelated article, and they will ask you to close it. Keep closing the game and opening it again. That’s all you will receive from support.